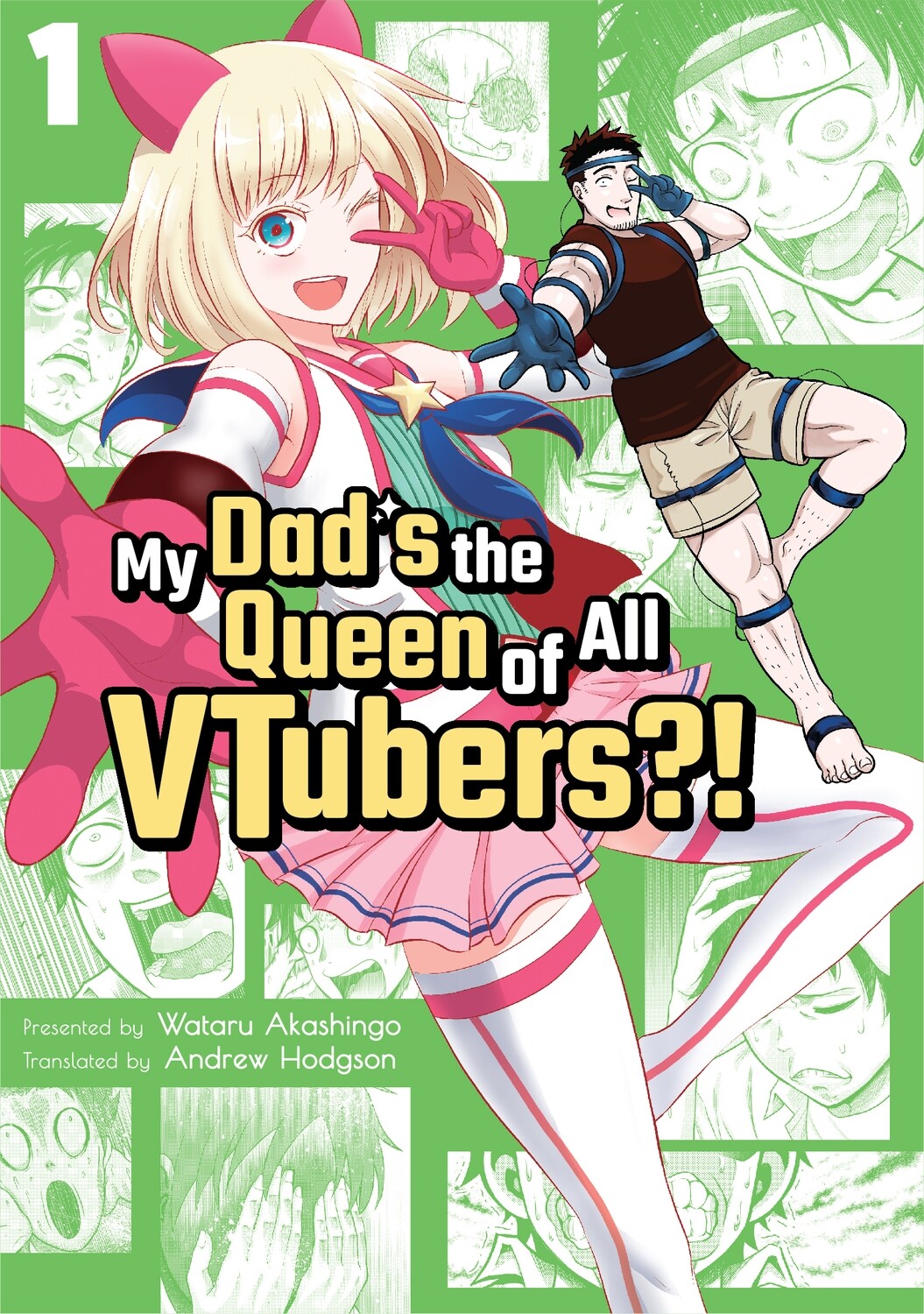 VTubers, these online entertainers have seen a sudden surge in popularity, capturing the hearts of millions.

But none of them have quite become as much of a household name as Kizuke Yai, the so-called ‘Queen of VTubers.’ Takashi, an average high-school student, is one of her biggest fans. He always tunes in to her broadcasts, and he might even have a little crush on her... Kizuke Yai is the real deal, an actual cute girl behind the screen, at least according to the rumors... But reality is often disappointing.

The Queen of all VTubers is actually Takashi's dad.

The hapless youngster stumbles upon his old man's dark secret, and soon finds himself flung into a nightmarish world of virtual song, dance, and endless cringe.
Will Takashi succeed in getting his dad to quit, or will he find himself drawn deeper into the booming virtual scene despite this disillusionment?
Save this product for later